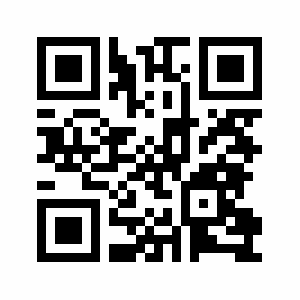 Last fall Apple included an update in its newly released iOS 11: a native QR code reader. Remember QR codes? They are the fancy square barcodes that, once scanned, do things like open websites. They were supposed to be the next great thing a few years ago but didn’t really take off like they thought they would. Now all you have to do is point your iPhone camera at a code, and it’s automatically activated. Codes can be used to log into Wi-Fi networks (no more typing out passwords), make a purchase with PayPal and even send pre-populated Tweets and texts.

Other major networks like Snapchat, Facebook and even Spotify are pushing their own code technology onto users. For instance, scan a Facebook Messenger Code and a handy bot or customer service agent automatically pops up on your phone. Considering that QR codes are still one of the easiest ways to bridge the real world and the online one, don’t be surprised if you start seeing them making a comeback in 2018 – especially now that 700 million iPhone users have a scanner in their pockets. You may want to consider using them again in your marketing materials.

Marketing Tips to Your Inbox

We look forward to providing you with insightful, time and money saving information on a regular basis. These messages are short, but full of useful info (they only take one or two minutes to read) and best of all, they're free.

Recently On the Kiers Blog

Now that 2023 has arrived and we’re slowly emerging from our holiday festivities, it’s time to look ahead and get ready for some upcoming trends, and how they may affect your business. Interactive …

END_OF_DOCUMENT_TOKEN_TO_BE_REPLACED

Once the holiday season ends and the calendar changes to January, we begin to focus on changes (resolutions) for the new year, both personally and in business. One resolution your business should …

END_OF_DOCUMENT_TOKEN_TO_BE_REPLACED

You’ve got a business idea. It’s been rattling around in your brain for a while, and you’re ready to take the next step and make it a reality. There are so many things to tackle! Finding the right …

END_OF_DOCUMENT_TOKEN_TO_BE_REPLACED

With over 35 years in business, Kiers is a full-service marketing firm offering strategic marketing and planning, graphic and web design and large-format printing and installation.